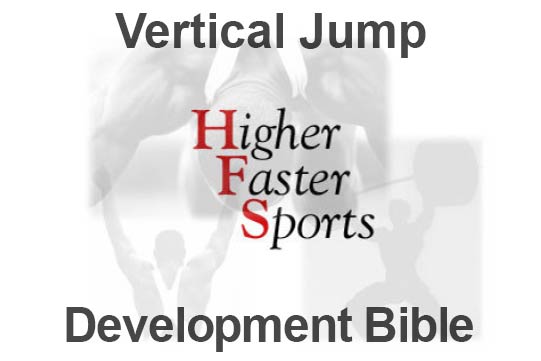 Whenever there’s a discussion about vertical jump training, it’s only a matter of time until the Vertical Jump Bible by Kelly Baggett enters the conversation.

It’s a program that has gained almost a cult status among its fans, with thousands of people swearing by its effectiveness.

Some even say it’s the best vertical jump program ever created.

But is the Vertical Jump Bible really that good?

How does it stack up against some of the more recent programs that have been hugely popular in the last few years?

Let’s answer all of the essential questions below.

What Is the Vertical Jump Bible? 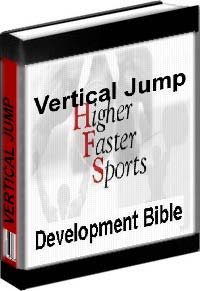 The Vertical Jump Development Bible is a 148-page PDF ebook created in 2005 by Kelly Baggett.

It’s considered by many to be the ultimate resource for everything related to vertical jump training.

The book takes a deep dive into the scientific aspects of vertical leap training, including how strength training, plyometrics, and the activation of the central nervous system all play a role in how high you can ultimately jump.

Suffice to say, the ebook is pretty dense, and not something most people would consider a light read.

While there’s a ton of useful information for trainers and professional athletes, the book can be confusing for someone without years of experience in the field.

If you’re new to vertical jump training, you might end up being more confused after you finish reading it.

But why is the program so well-known in some training circles?

Well, part of it has to do with the fact that it’s been around for a long time.

Back then, finding useful information about science-based vertical jump training was virtually impossible, so the Vertical Jump Bible became a breakthrough that allowed many athletes to take their leaping ability to another level.

But as of today, the amount of information online has skyrocketed, and aspiring dunkers have many choices for learning how to jump.

Meanwhile, the Vertical Jump Bible (even the 2.0 version) remains stuck in the mid-’00s, reading more like a science paper than a training program designed for the modern athlete.

Sure, Baggett knows his stuff and is one of the most knowledgeable experts on the subject.

But the way that he breaks down the core principles of the vertical jump is difficult to understand, which can be a problem for those who just want to get in the gym and start working on their hops.

While it does lay out suggestions on how you can train, you will need to build your own program depending on your body type and goals. And that can be problematic if you’re new to vertical leap training and don’t know how to evaluate your situation.

Who Is Kelly Baggett? 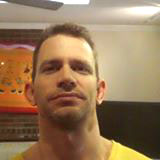 Kelly Baggett, the author of the Vertical Jump Bible, is a professional athletic performance coach that’s been a respected figure in the vertical jump community for decades.

Since the release of the Vert Jump Bible, he has steadily built on his early success and has since released not only the 2.0 version but also the BoingVert program, which he designed together with another well-known trainer by the name of Shawn Myszka.

One of the reasons people were impressed by Kelly Baggett’s methods was his honest approach.

He never claimed to have all the answers, and actually tested all his methods on himself, improving his vertical leap by almost 20 inches in the process.

He also dispelled various myths about training methods, warning people not to fall for gimmicks like strength shoes or basketball shoes for jumping higher.

According to Baggett (and I completely agree), those shoes won’t do anything that a solid training routine could, and they can sometimes even increase your risk of injury.

Today, Baggett has become a renowned performance coach that has trained thousands of athletes in a wide range of sports, helping them boost their vertical jump, quickness, and agility.

But while Baggett went on to have a successful career as a trainer, does his first program, the Vertical Jump Development Bible, stand up to the test of time?

Let’s look at the fundamental principles of the program to find out.

How the Program Works

The Vertical Jump Bible has the word bible in it for a reason. Kelly Baggett knows his stuff, and he goes into extreme detail when discussing some of the fundamental principles of improving your jumping ability.

Still, while that can be helpful in some situations, most aspiring dunkers don’t need a PhD in vertical jump mechanics. They just want to know exactly what they need to do to go from where they are now to skying above the rim in the shortest time possible.

If you want to read about a program that immediately gets down to business, check out my Vert Shock review and find out why I think it’s a better choice.

Meanwhile, simplicity is where VJB really falls short. You won’t get any straight answers and will have to figure stuff out on your own.

While Baggett does provide guidelines for how to decide which path to pursue, you’ll have to make a lot of choices along the way. And the wrong choice could put your results and even your health in danger.

How the Program Is Divided

For someone who has a pretty good understanding of their own body, the VJB might actually be incredibly useful.

If you can make the right choices regarding which programs to use, and in what order, you will make steady gains safely and effectively.

The principles inside the VJB do work, and it’s still miles ahead of some of the other programs, such as Air Alert. Read my review of it to find out why you should stay as far away from it as possible.

But unfortunately, people who typically seek out vertical jump training programs are not at a point where they can use the advanced concepts inside the VJB.

With that in mind, let’s break down the program in terms of its main pros and cons that you should consider.

In it, he expands on some of the core material and adds a few more bonus chapters that provide more depth.

However, most of the changes are cosmetic, and the program’s basic principles remain the same.

Therefore, both program versions can be evaluated as a singular unit since the basic strengths (and flaws) are similar.

The Vertical Jump Bible is definitely a solid read for those who want to take a deep dive into vertical jump training principles.

When it was initially released, the lack of competition made it an instant hit, which evolved into a loyal following that has lasted up to this day.

However, with the release of programs like Vert Shock and Jump Manual, the VJB has been dethroned as the best option for aspiring dunkers. It’s simply not as easy to use and not beginner-friendly, which is a major drawback for young athletes.

If you want to learn more about which program you should choose instead, you can check out my best vertical jump program guide in which I go over the main options in great detail.

You can also check out my review of the Jump Manual, which is also a very comprehensive program that’s much more simple and easy to use.

Born and raised in sunny Florida, Jesse Parker grew up spending most of his days outdoors playing hoops and honing his basketball skills. He has a huge love for the game and is always striving to get better at it. His latest obsession is the subject of vertical jumping and dunking.

Let me introduce myself.

My name is Jesse and I’m crazy about working out.

I can’t go a day in life without running, jumping, or pushing something.

Basketball has all three, so I guess it was unavoidable.

If I’m not home or at work, I’m probably at the gym enjoying some quality time with the biggest love of my life. But shhhh… don’t tell that to my wife, I always tell her she’s the biggest one 😉

Anyway, if you want to become a better baller, you’ve come to the right place.

In this website I’m gonna be sharing knowledge and tips you could use to better yourself as a player and as an athlete, and help bring out your A-game.

If you like the stuff you see here and want to know more about the man behind the curtains, come checkout my story.

Boingvert Review: How the Program Works and Why It's NOT so Great

The #1 Best Vertical Jump Training Program for Dunking in 2022

Vert Shock Review: Does the Program Actually Work or Is It a Scam? Our FINAL Verdict After Doing It Twice

How a 5'5" Player Trained Himself to Dunk

The Jump Manual Review – The TRUTH About This Program & My Results